Guests in our villas in Sibenik, Primosten, Trogir and Zadar will enjoy the Vodice old town, excellent water sports and lively night life.

Vodice is a former fishing village turned pleasure port and tourist centre. The historical centre of Vodice is small and picturesque but the main activity takes place in the harbour, which is crammed with restaurants, beaches, sports and great entertainment and nghtlife. Visit also Krka waterfalls and Kornati islands.
Villas in Vodice 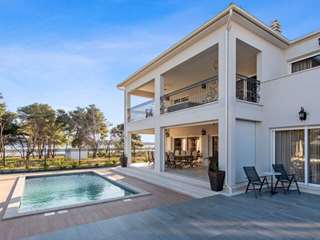 wonderful beaches; charming old town, excellent water sports such as kayaking and scuba diving and lively night life.
Vodice is a coastal town of 10 000 people, famous for its vibrancy and many fun activities. It is located in a wide bay, 11 km northwest from the town of Sibenik, in central Dalmatia. Vodice has recently collected many prizes: The Flower of Tourism Award, given to a town which invests in the constant improvement of its tourism, the title for the best Harbour in Croatia, as well as boasting a European Blue flag for its ecologically clean beaches. This small, very picturesque town has good restaurants, great nightlife, culture and history, kilometres of beaches and masses of sports and activities on offer. The name Vodice literally translates into "A place of small waters", thanks to wells and springs of drinking water around which a settlement has developed since the Iron Age. Today in the Vodice main square two old wells are preserved as a memento of the old times.
Outside the town there is an ancient Roman site, where an important collection of Roman glassware and pottery has been found. The plentiful supply of drinking water enabled people to settle in the area and develop agriculture such as growing olives, vines and the particularly famous large Marasca cherries.In addition to some wonderful beaches and the charm of the old town, Vodice is well placed to provide excellent all-round holiday. It is excellent for water sports such as surfing, kayaking, stand-up pedalling, sailing, day and night scuba diving and fantastic swimming. Srima beach is particularly suited for children with facilities such as the children's train, trampolines, air castles and roundabouts.

Diving and sailing schools are organised during summer. Other activities and attractions include paddle boats, volleyball, tennis, jet-ski, indoor soccer, parasailing, banana boat ride, waterslide, water skiing, mini golf, table tennis, badminton, children's amusement park, inflatable iceberg and sea-playground. Around Vodice there are all kinds of cycle paths, 100km of bike tracks, and training programmes for professionals and cycle tours. Also the famous XCO mountain bike track, Orlov Krug. Vodice has everything a cycling fan could want! There are organised Nordic hiking tours that will take you through some of the most beautiful parts of the Sibenik region - archaeological sites near Vodice, St. Anthony Channel in Sibenik and the Krka National Park.

In Brodarica, 20 km from Vodice you will find the Pegasus Equestrian Club where you can go horseback riding. Vodice abounds with sporting grounds: tennis, football, handball and basketball courts. You can also play water polo, beach volleyball and bocce ball. Some other possibilities are water slide, jet ski, skydiving, parachuting, canoe safari on the Zrmanja River, photo safari on Velebit and kayaking to the island of Prvic. Vodice has plenty of music venues and a vibrant night life. You can hear music coming from the popular Hookah bar all day long, while the afternoon hours offer numerous after beach parties, such as foam parties, techno parties, Studio 54 and similar, all of which have hosted world famous DJs. Because of this, the Hangar beach is one of the most popular beaches, as well as the main gathering place for the young in Vodice. Hookah bar offers a rich nightlife, as well, which lasts long into the night, sometimes even until the early morning hours.Vodice is a starting point for many excursions.

The most popular boat trips are to Krka National Park, and the islands of National Park Kornati. Coach trips to the historical cities of Split, Trogir, Dubrovnik can be made from Vodice. 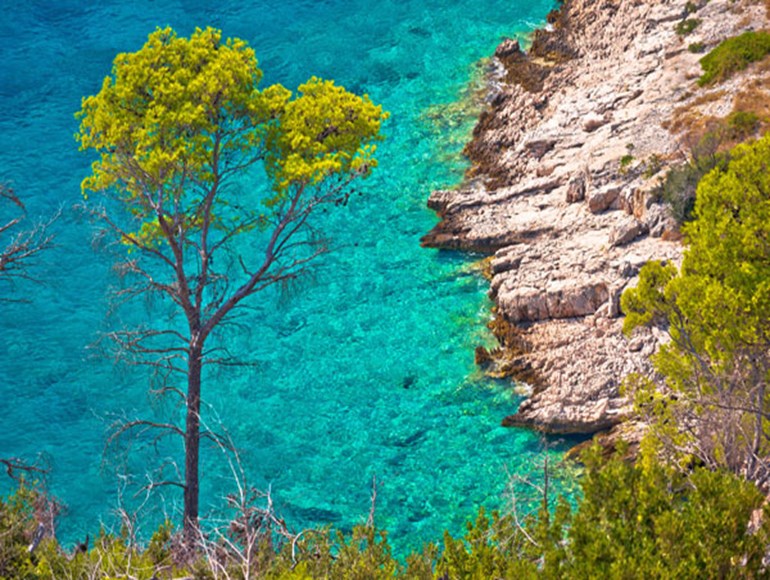 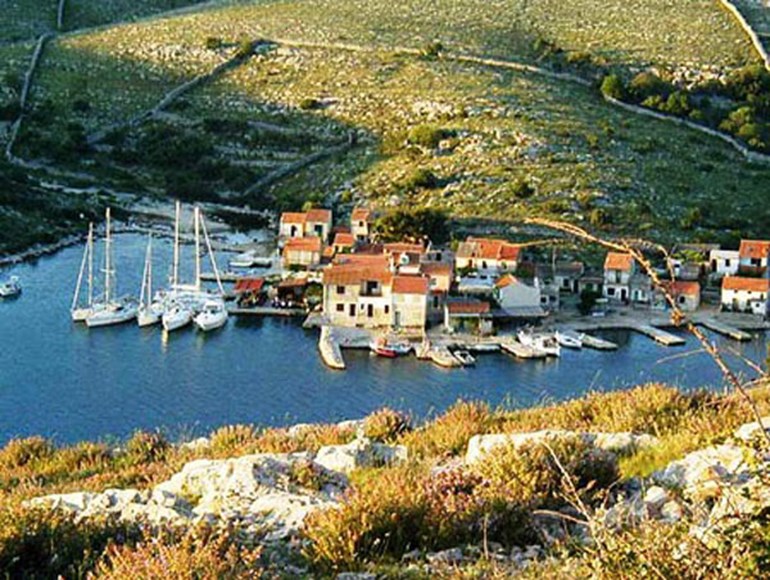 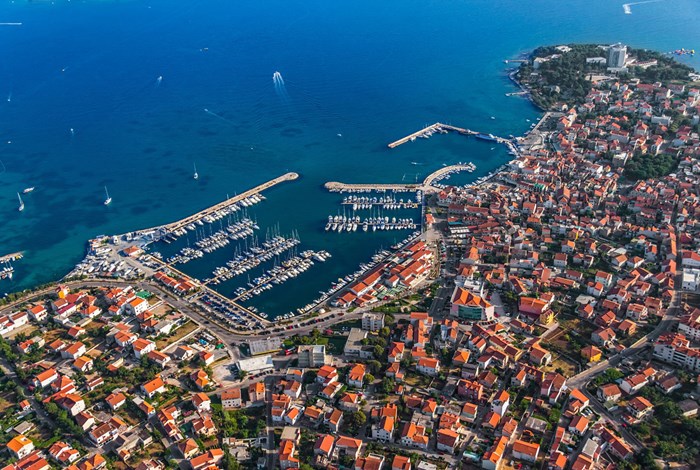 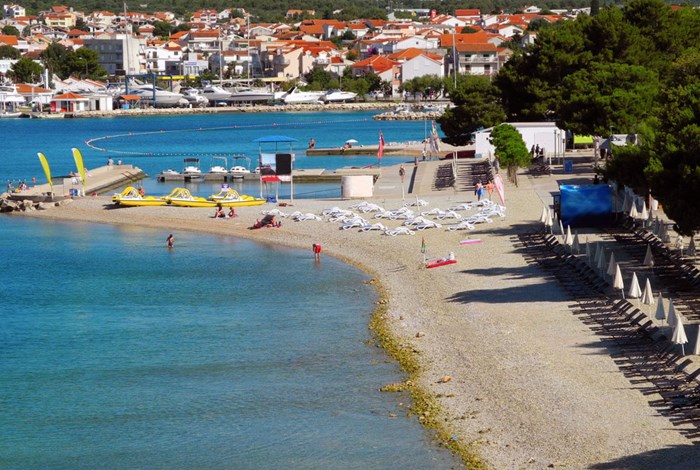 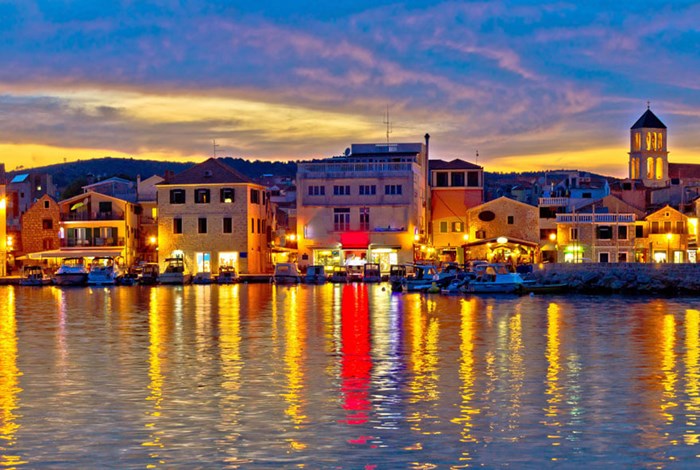 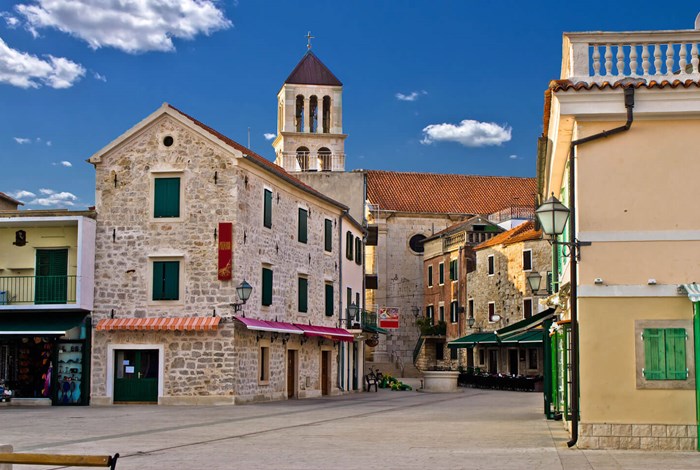 Explore other destinations in Central Dalmatia 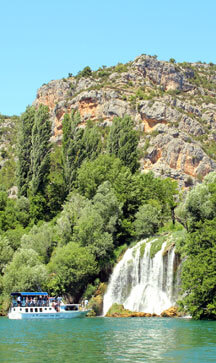 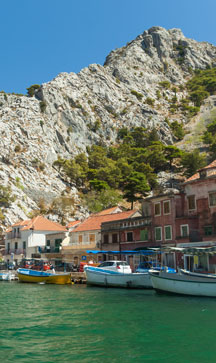 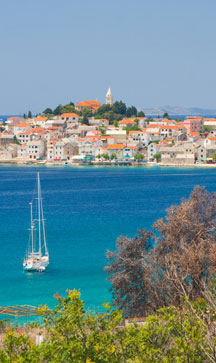 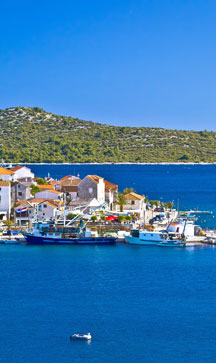 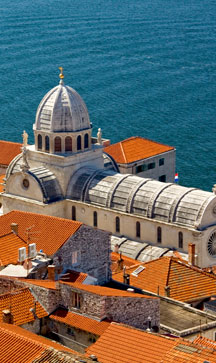 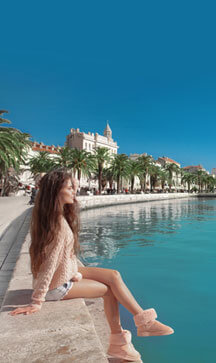 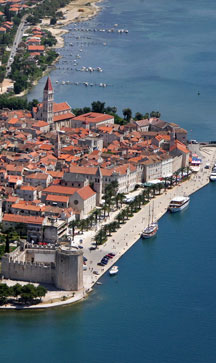 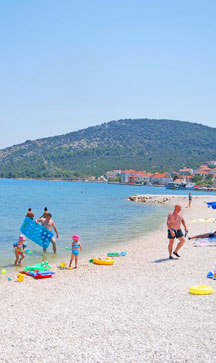