Classical elegant riviera villas and traditional stone houses  in hillside villages and on the islands are to be found in the Kvarner region.

The Kvarner region is famed for its classical belle epoque resorts of Opatija and Lovran where we can offer beatifully renovated period villas in waterfront locations. Go inland and there are traditional cottages and town houses in villages on the hillsides that rise steeply from the Kvarner coastline. Or head out to the islands of Rab, Krk, Cres and Losinj. On offer is outdoor opera, fantastic food, great shopping and nightlife, combined with away from it all beauty spots.
Featured Villas in Kvarner region 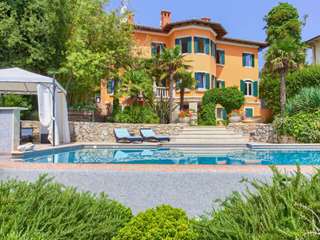 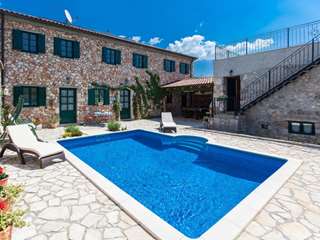 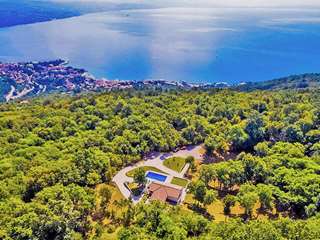 Villa Marron near Opatija, Kvarner Region Secluded, private luxury villa with pool, views of the Adriatic and the elegant town of Opatija 3 Bedrooms / Sleeps: 6 + 1 from 2884 € / week 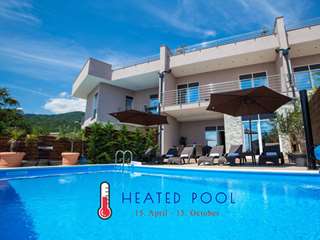 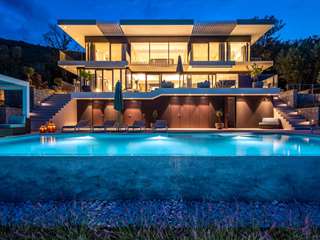 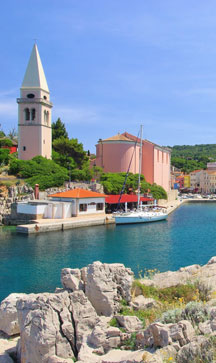 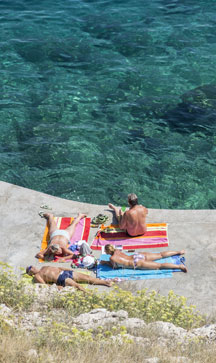 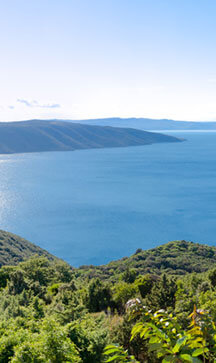 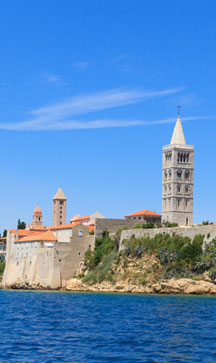 Austro-Hungarian influence differentiates this region with its elegant hotels and villas and spectacular views from the mountains above
The Kvarner region encompasses the northern eastern coast of the Istrian peninsula, the coastline from Rijeka down to Jablanac and the islands of the northern Adriatic including Cres, Losinj, Krk, Rab. The principal city of the region is Rijeka, located at the head of the Gulf of Kvarner, an important commercial centre with a significant shipbuilding industry and a port from which there are ferry services down the coat to Dalmatia. To the west of Rijeka are the sumptuous resorts of Opatija and Lovran which have a different feel to the Venetian towns on the west coast of Istria.
Due to their mild and healthy climate these resorts were established by the Austro Hungarian elite in the 19th century and their style and character is defined by the original art deco hotels and grand villas built for the Austrian aristocracy. This area has many of the finest restaurants in Croatia. The resorts and nearby villages all have excellent beaches and swimming areas with views across the Kvarner bay to the island of Cres. Cres itself, which can be easily reached by car ferry from Brestova, is a magical place. It has a wonderfully rugged landscape and its towns and villages such as the town of Cres, the charming harbour village of Valun and the breath taking cliff top village of Lubenice are all quite unspoilt and special. Cres island is linked by bridge across a narrow channel to the island of Losinj and the attractive resort towns of Mali Losinj and Veli Losinj. 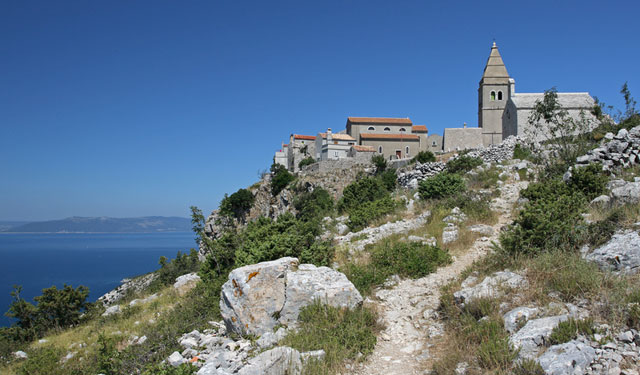 Krk island is the most accessible island being linked to the mainland by a bridge. Rijeka airport is at the northern end of the island. Krk is a popular tourist destination with many fine historical towns and attractive beaches. Notable are the towns of Krk and Baska. There is a ferry service linking Krk island with Rab and with Cres.

Rab island, 21 kilometres by 7.5 kilometres and the ninth largest in the Adriatic, is reached by ferry from Jablanac. Rab town is a fine example of Venetian influence on the region.


On the mainland South from Rijeka are a number of attractive coastal resorts, notably Crikvenica and Novi Vinodolski. The Velebit mountains rise steeply from the coastline between Senj and Jablanac to a high point of 1758 metres. The Velebit National Park provides rugged walking and climbing with wonderful views over the Adriatic. In winter fierce winds from the mountains make the Velebit channel famous for its storms. 60 kilometres inland is the Plitvice National Park, perhaps the finest National Park in Croatia, with 16 emerald lakes linked by waterfalls and set within dense forest. 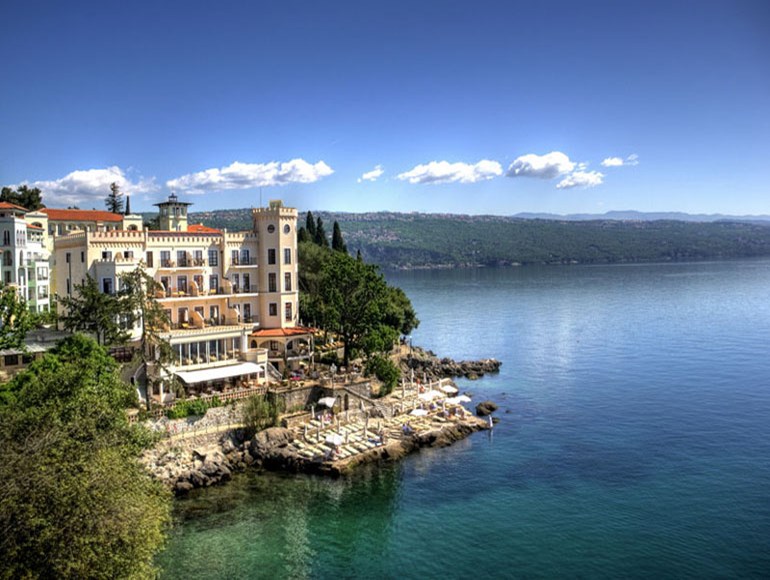 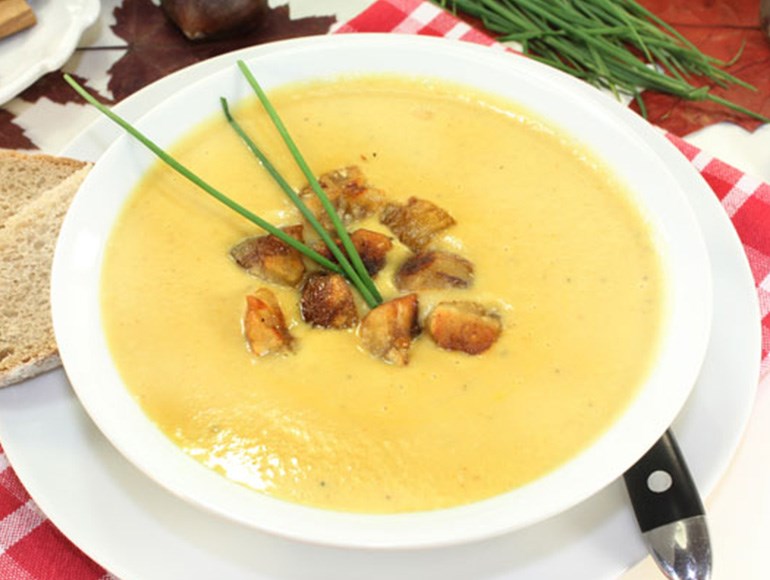 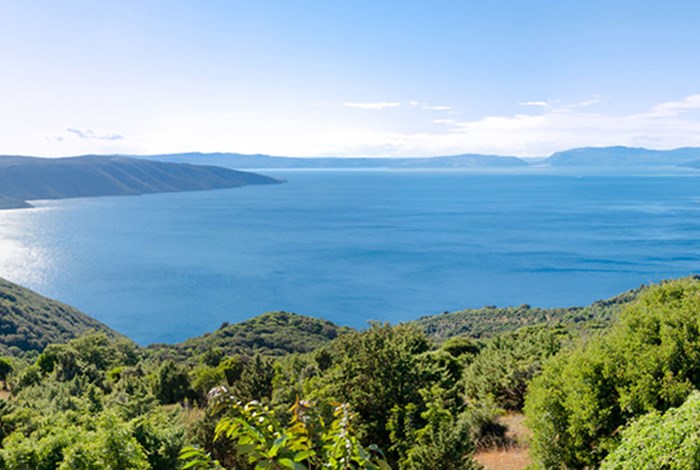 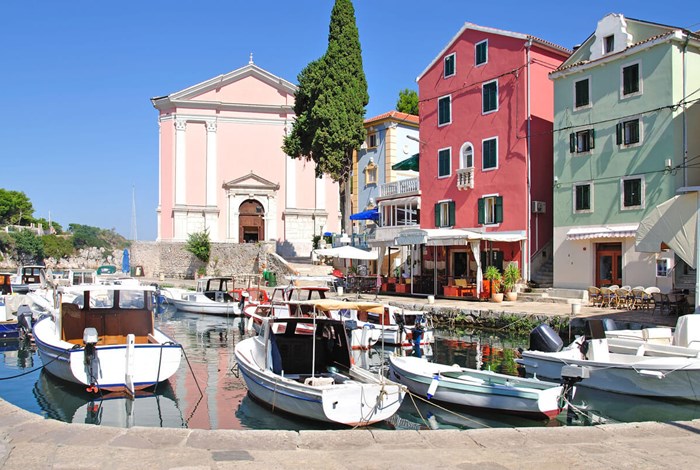 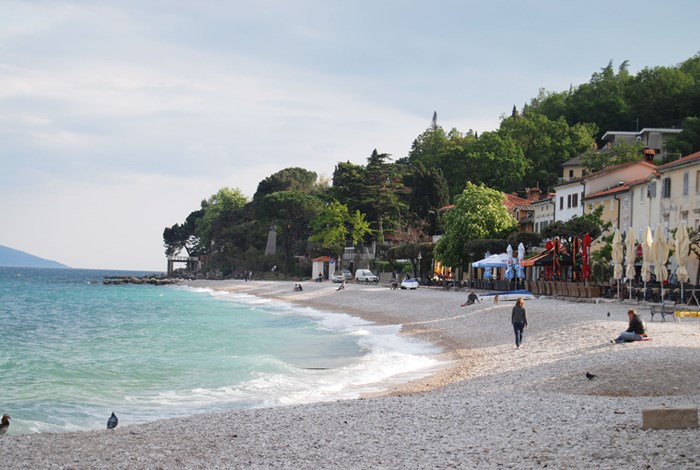 Beach near Opatija in winter 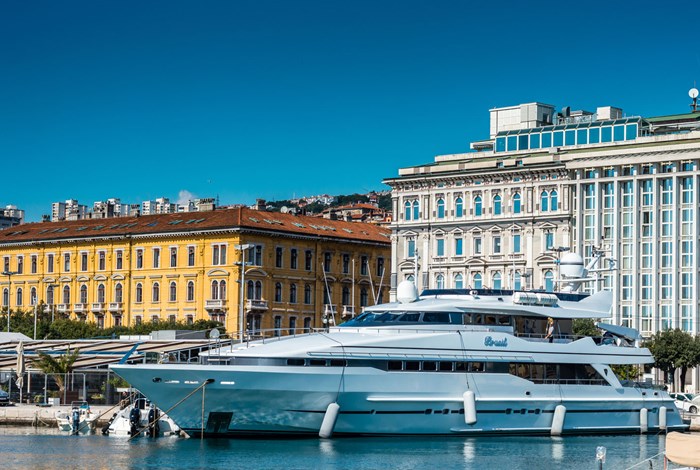